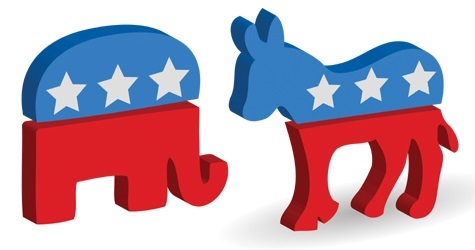 Personal Finances and the Election 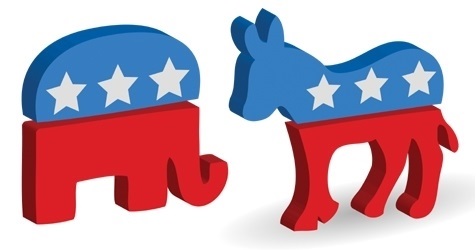 The 2016 Presidential Election has been nothing but a roller coaster ride over the last year and a half causing concern from both Republicans and Democrats. As Greg discussed in his 3rd Quarter McBork Report, if Mr. Trump were to win, the markets are predicted to be more volatile, and if Mrs. Clinton were to win, the market move might be more modest.

As many of your financial goals are tied to the performance of your investments, what happens in the markets is crucial. However, understanding other policies coming from both may also impact your finances. Here is a brief overview of what might come from Mrs. Clinton or Mr. Trump.

When it comes to taxes, both Mr. Trump and Mrs. Clinton plan to make changes. Mrs. Clinton plans to have a 4% surtax on income over $5 million, which will only affect the top tax bracket earners. Mr. Trump plans to shrink the of tax brackets to 12%, 25%, and 33%. This essentially will lower the tax rate for anyone earning over $413,315 currently and possibly increase taxes for the middle class.

Under current tax laws, a person can exclude up to $5.45 million dollars from their estate before having to pay estate taxes. This amount doubles for married couples. Mrs. Clinton plans to reduce this amount to $3.5 million dollars per person, making it more likely for smaller estates to owe taxes. Mr. Trump plans to get rid of estate taxes , so all assets are passed to beneficiaries would be .

With a large aging population in the United States, you would think discussing retirement would be an important issue. However, this has not been a talking point, except for each of their feelings on Social Security. Both say they will do everything in their power to keep it around. Mr. Trump plans to not touch it whatsoever, but Mrs. Clinton plans to address the Social Security shortage issues that are predicted to come around year 2030. Currently, only up to $118,500 in income is subject to FICA tax, which is what you pay towards Social Security. Anything above this amount you do not pay FICA on. She plans to raise the ceiling so that income above it would be paid into FICA. I think it is safe to say, with each candidate in mind, Social Security will stick around in some capacity.

Insurance, specifically health care, has been a talking point for both candidates. Mrs. Clinton plans to keep the Affordable Care Act around as this is something she has been advocating for since her husband was in office. However, she also plans to work toward lowering costs of co-pays, deductibles, and prescription drugs. She also plans on expanding Medicare through the Affordable Care Act by letting people in their 50s pay to join earlier instead of having to wait until age 65. Mr. Trump plans to go in a different direction by repealing the Affordable Care Act all together and replace it by using “free market principles.”[5] He claims this along with public policy will expand health care access and make it more affordable. He would also allow those paying for their health insurance individually to fully deduct premiums on their tax returns. Individuals would then be eligible to use Health Savings Accounts to help pay for out of pocket medical expenses.

When it comes to other topics such as Long Term Care, which can be very costly and diminish any sort of legacy plans you may have, neither candidate has spoken out much. Mrs. Clinton has mentioned trying to reduce these expenses and take action “to give seniors and people with disabilities access to better long term care, services supports.” She has not gone into detail on how this would actually be done.

In conclusion, we can say that there are both positives and negatives coming from both candidates when it comes to personal finances. The best thing we can all do is make sure to go out and vote on November 8th.