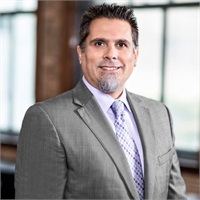 Indiana University bestowed Greg a Bachelor of Arts in 1997, with a major in economics and a minor in history. While attending Indiana, he was a member of Theta Chi fraternity, worked at the Herald Times in Bloomington, served within the IU Student Foundation, and volunteered for Habitat for Humanity.

A member of the Financial Planning Association, Greg holds both securities registrations and insurance licenses through LPL Financial. His practice focuses on investment, college, and retirement planning with individuals and couples, as well as the interplay between investment and ethics. He is a member of the Social Investment Forum as well as the Green Business Network. In addition, he specializes in providing the full range of financial services to non-profit organizations.

He currently serves as Board President of Bickerdike Redevelopment Corporation, a community development corporation working for the redevelopment of communities on the northwest side of Chicago. He previously was on the Early Stage Advisory Committee Board for the Alzheimer's Association -- Greater Illinois Chapter.

Greg and his wife, Paula Nichols Bork, live in Chicago's Sauganash neighborhood and are deeply involved with Ronald McDonald House for Chicagoland & Northwest Indiana. Greg is a proud owner of two Chihuahuas, is a devoted fan of country music and all professional Chicago sports teams. Greg and Paula have two young sons, Bosco (Bo) and Leonidas (Leo).

* As reported by Financial Planning Magazine, June 1996-2017, based on total revenue.